AI — A Silver Bullet for Every Industry? 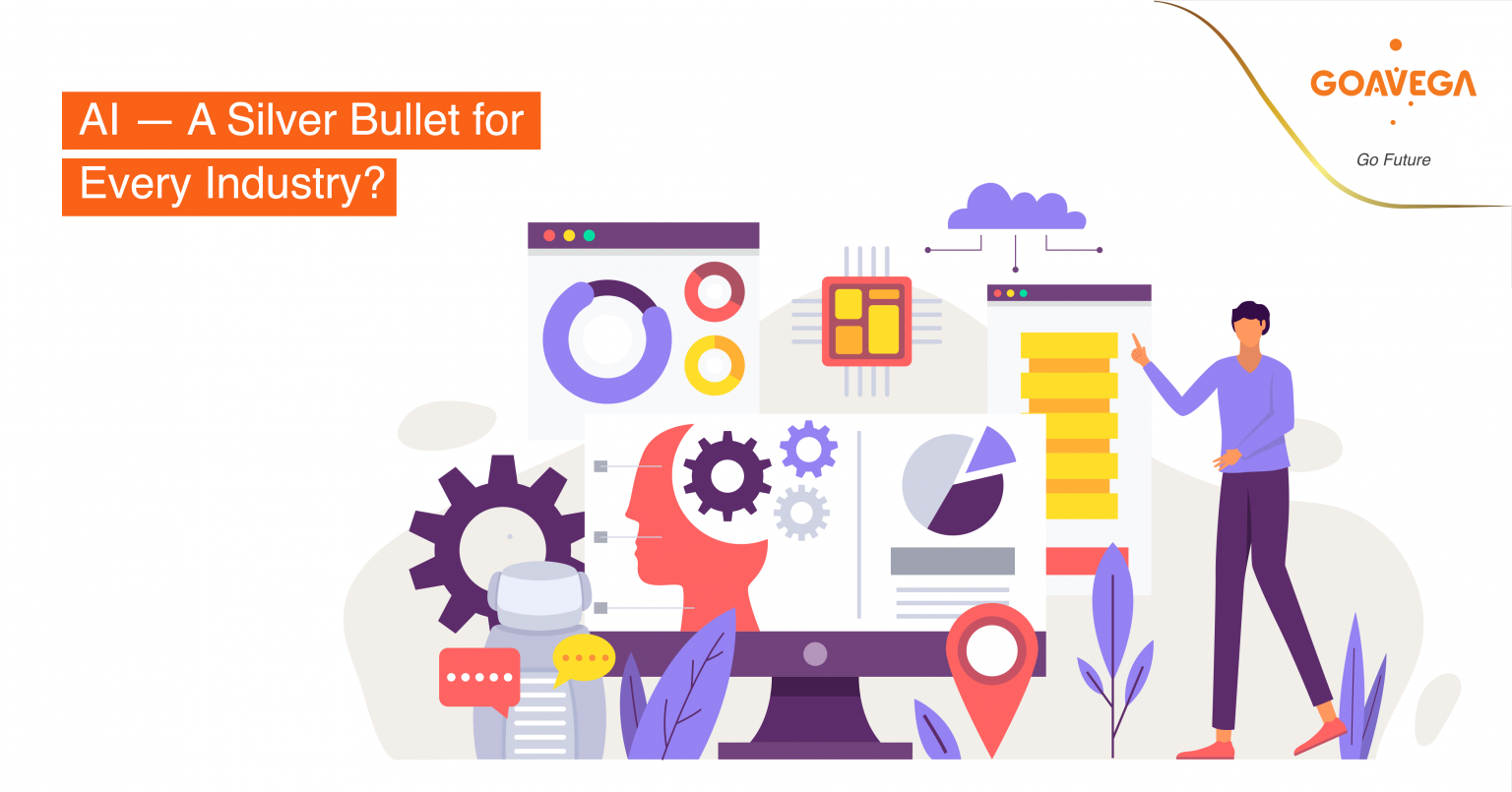 Artificial Intelligence (AI) has come a long way since its introduction to the world in 1956, at a conference at Dartmouth College, in Hanover, New Hampshire. But it is yet to reach a level of reasoning, thinking, and decision-making like humans. However, its benevolence and use cases are helping streamline customer support, improve online shopping, provide auto-advisory, etc. — the applications of AI can be endless.

For instance, cybersecurity practitioners and solution providers have been embracing and harnessing the power of AI to keep IT and application infrastructure running smoothly since it is an effective tool to predict vulnerabilities and exploit methods while identifying potentially malicious activities that present a significant risk to an organization.

AI-based tools are helping security teams to scour and analyze hundreds of thousands of data points for patterns. The best part: all of this can be done far more thoroughly and quickly than human efforts. Adopters are now trying to adopt AI to identify sophisticated exploits before attackers can steal massive amounts of information, causing a lot of damage or havoc. It makes us feels that AI may optimize just about anything. But can it?

AI Is Powering the World: Is it?

AI would add $13 trillion to the global economy by 2030. Looking at this figure, it seems like AI is powering the entire world. But the way we are currently using AI doesn’t map to the marketing hyperbole. Still, we want to believe in the narrative that AI can take care of everything because the technology is so appealing. But that’s far from reality.

As we discussed the applications of AI in cybersecurity above, it is helpful indeed but only in limited use cases. It can take the strain off stretched security teams, but its algorithms are still not fully capable of recognizing unknown attacks. In this modern landscape, cyber attackers seem to hold all the cards. If not, they’re certainly on an impressive winning streak.

Covid-19 has only made things more challenging since it brought upon us an explosion of unmanaged home-working endpoints, distracting the employees and stretching IT support staff along with overloaded virtual private networks (VPNs) and unpatched remote access infrastructure. It all increased cyber risk levels. Moreover, finding skilled security professionals still remain a worryingly difficult task because there’s now a global shortage of more than four million.

It sets an expectation that AI will always be there to save the day. But its applications, such as powering the voice assistants in our homes and unlocking our smartphones via facial recognition, leave us exposed to cyber-attacks.

What Can It Do? Machine and deep learning are good at some things like they give the system plenty of data and train it to spot subtle patterns. The same can prove to be quite useful for flagging known security threats and misconfigurations that human eyes will most likely miss. Not only this, but it is also good in areas like anti-fraud tooling because scammers usually go with the same underlying ideas when they try to defraud banks and businesses. AI can help in-demand security professionals do their jobs more efficiently and effectively by helping them spot these needles in the haystack.

Where Does It Lack? Even after so many applications and advancements in AI, we haven’t been able to achieve: ● The creation of independent learning machines that can help us draw new conclusions from patterns. ● The much-touted capability of baselining normal that would allow us to spot abnormalities, indicating suspicious patterns.

Networks are incredibly complex. And the bigger a network is, the harder it is to map it. Moreover, commercial networks are constantly changing and developing new behaviors and interactions, which further adds to the complexity of the process. It refers that AI systems often end up flagging even just the regular evolution of a healthy network as suspicious, which eventually results in an overwhelming number of false positives.

Cybercriminals are getting stronger day by day, and they also have a few tricks up their sleeve. They make their behavior appear as normal as possible and try to trick these “intelligent” systems. Additionally, well-documented adversarial techniques create the digital equivalent of optical illusions and trick AI into making false and inaccurate decisions.

Final Words AI can be a silver bullet for some industries in some areas. While in others, it fails to do so. So, what’s the way forward, i.e., where do we go from here? Can we bring improvements to AI systems so they become more effective in cyber security? Well, doing it for cybersecurity won’t be a global solution since it is just one industry. We need to improve it in a way that it acts as a silver bullet for every sector.

And the biggest challenge on the way is to bring transparency, i.e., the ability of a system to explain why it arrived at a particular decision. But unfortunately, current AI systems fail to explain how they came up with an answer, making the process less reliable.